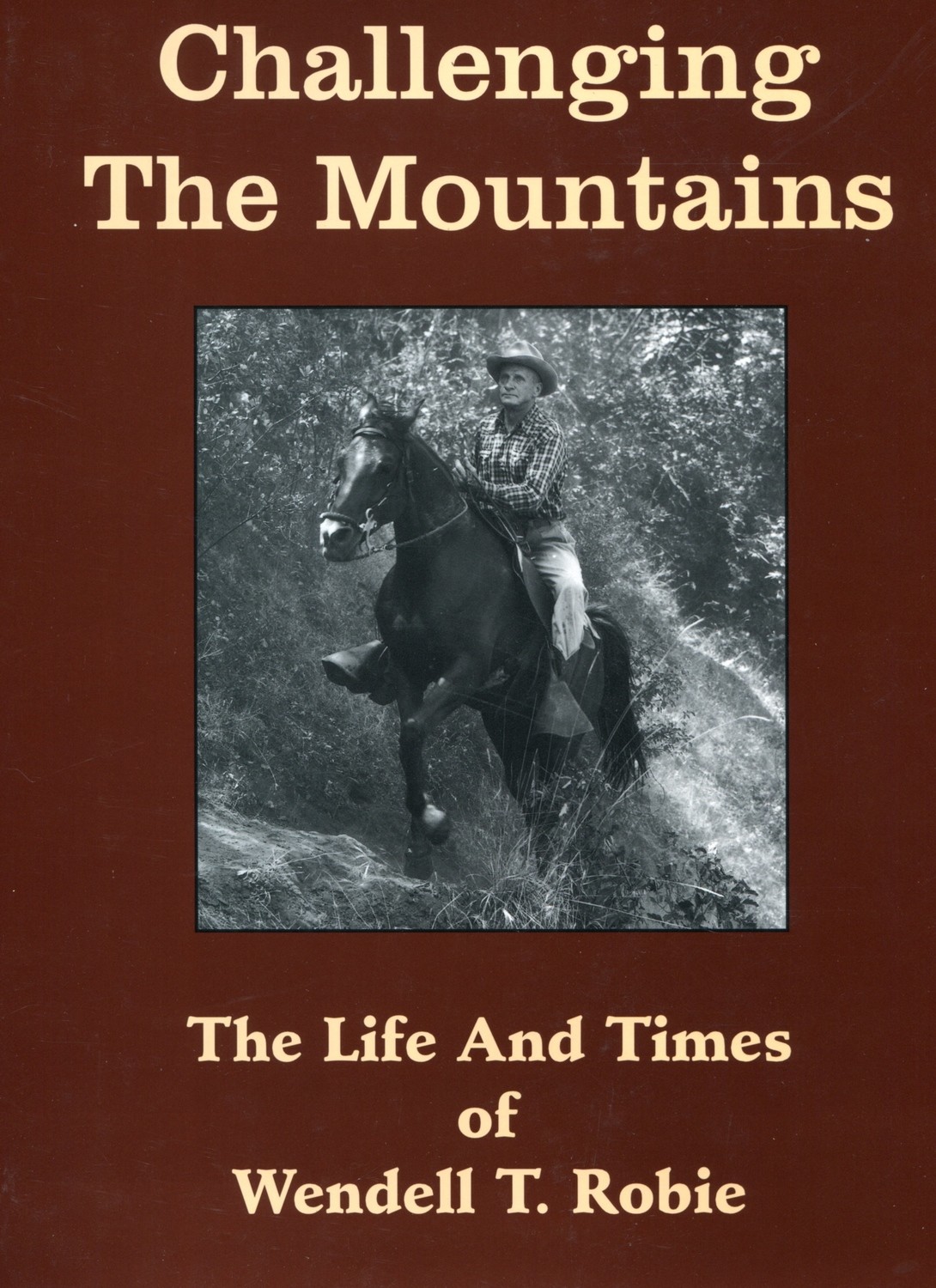 Challenging The Mountains The Life and Times of Wendell T. Robie by Bill G. Wilson (Paperback)

CHALLENGING THE MOUNTAINS The Life and Times of Wendell T. Robie by Bill G. Wilson

It is not often that a man like Wendell T. Robie comes along, but Auburn, California was fortunate enough to be the life-long home of this unique and enthusiastic gentleman. Challenging The Mountain describes Robie as a community leader, a visionary (he not only saw the importance of preserving the Western States Trail for future generations but built the first commercial building in California that used solar panels for the heating and air conditioning systems), a horseman and businessman. He was the President of the Heart Federal Savings & Loan, a financial institution that started out in his mother's desk drawer when the Robie family owned the Auburn Lumber Company located next door.

To better help serve their customers, Mrs. Robie began making financial loans to them so that they could buy the lumber to build their homes in the area. She tracked the loans in files kept in her desk drawer. That business eventually grew into the Central California Savings and Loan Association with 15 branches throughout Northern California. The name was changed to the Heart Federal Savings and Loan in the late 1970s.

More importantly, the Heart Federal served as Mecca for endurance riders and was the home of the Western States Trail Foundation that sponsored the annual Western States 100-Miles One-Day Trail Ride. For many endurance riders who were lucky enough to work there, it an ideal place of employment in Auburn. Wendell's spacious office that he shared with his Secretary, Drucilla Barner, was filled with artifacts of the Gold Rush history, photographs, interesting objects and on the wall just outside his office was an original Pony Express sign. A steady flow of people came by to visit Wendell Robie, whether it related to real estates dealings, community activities of anything to do with the Western States Trail and the Ride and later the Western States Endurance Run.

Being around Wendell, talking to him, listening to his stories was electrifying for the your soul, his handshake could make a man wince. He was the kind of man that made you try harder and challenge yourself especially when it came to riding or running across the Sierra over the 100-miles of trail from Lake Tahoe to Auburn that he loved so well.  There was no question, the Western States Trail 100-Miles One-Day Ride his pride and joy.

This book about Wendell T. Robie also tells of how he spearheaded the development of skiing in the Sierra Nevada Mountains by convincing CalTrans that they should plow the highways so people could access the snow. Robie was a partner in the Boreal Mountain Ski Resort. Fascinated by the Gold Rush history, he was a instrumental in Auburn's Native Sons of the Golden West, Parlor #59, which is still involved with the Tevis Cup Ride today. He was an the kind of man you might believe only exists in fiction.

Take time to read this book and, at the very least, learn a little bit about the man who spent his life creating the tremendous legacy that he left behind for us all to enjoy today.

Save this product for later
Display prices in: USD

Bits and Bobs
How to Help
Sponsors
Vendor Registration